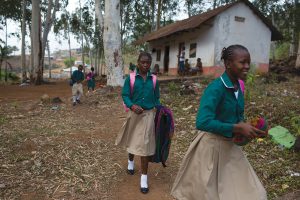 In April 2015 in Sierra Leone, around 1.8 million children prepared to return to school after an eight-month break due to the outbreak of Ebola virus disease. UNICEF and partners worked to ensure that children were safe by implementing temperature checks and supplying 24,300 handwashing stations. They helped train 9,000 teachers in ebola prevention, safety guidelines and psychosocial support.

Ebola cases continue to be reported in Sierra Leone, but are well down from levels seen at the end of 2014.

The Foundation gave $9,000 in 2014 to the UNICEF fund designated for west Africa projects in the fight against Ebola.